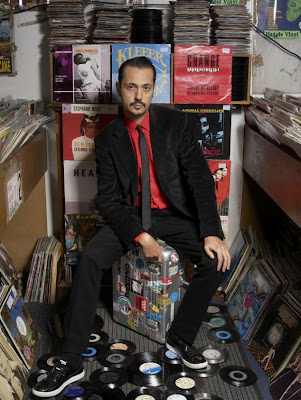 This Friday is looking quite the exciting night pour moi. Having been a fan for many years (since 1998 to be exact) I've managed to miss Dimitri From Paris on his many Australian jaunts. But now I not only get to see him play both a disco set and a house set, I also get to review it for inthemix.com.au and it's just doen the road from my place. Too good!
Of course, I'm not expecting this to be the late 1990s Dimitri, playing trippy deep house (but everyone should check his legendary Mixmag CD). No, I expect the mood will be overall brighter and more cheery to befit his reputation as the master of disco-house fromage. Nonetheless, lest anyone doubt his underground credentials, his latest compilation is called Nightdubbin' and features a brilliant selection of dubs, instrumentals and beat tracks from the boogie era, together with a DJ mix by re-edit pioneers The Idjut Boys.
Anyone who can milk cred from an old Wham track deserves either legend status or a good spanking, IMO. 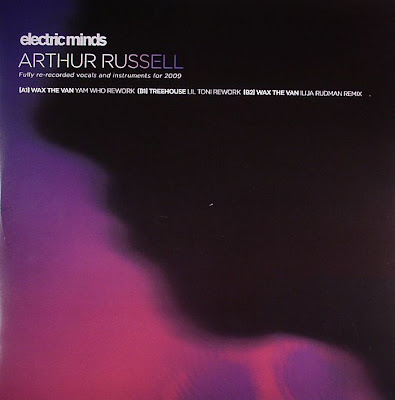 Quick review of Mad Racket with Yam Who? here.
Posted by Dr_Tad at 9:42 AM No comments: 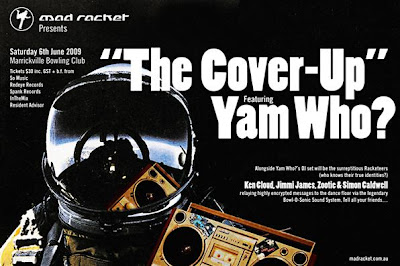 These are the voyages

Ever get in one of those scenarios where you promise to do a few things and then suddenly realise the due dates all fall in a 10-day period that will result in sleepless nights desperately trying to meet stupid deadlines? You too, huh?
Well, three major Powerpoints on psychiatric topics (one requiring outrageous amounts of stat crunching in SPSS) and one Marxist analysis of the 1992-2008 Australian economic expansion later, I finally re-emerged into the sunlight. And then plunged immediately back into the darkness by (drum-roll, please) going to the movies.
All that rushing about wasn't helped by first getting stuck on a South Pacific cruise on the P&O Pacific Dawn, swine-flu centre of Australian holiday life. Now, that's a whole other story but, suffice to say, even though we sailed prior to the outbreak it still felt like we were trapped in quarantine for 10 days. You know an adventure like that is bad when you reap untoward satisfaction from winning the disco trivia (a very useful P&O bottle-opener as the grand prize).
But onto the cinematic journey and its two Blu-Ray adjutants. 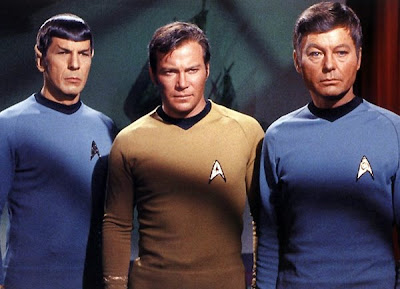 Star Trek
J.J. Abrams should really shit me much more than he does. His three highly-successful TV shows (Felicity, Alias and Lost) have all been handsomely made and displayed an increasing level of plot complexity that culminated in the incomprehensibility of his Island-based science fiction melodrama. Whereas there has been a trend in US television towards thematically mature and emotionally sophisticated drama that dissects past or contemporary social structures (think Mad Men or The Sopranos as high points), Abrams has opted to revise small screen conventions not by raising the intelligence but by packing it with so much detail that your brain spends all its time trying to untangle the knots. Alias, the best of his three efforts in my opinion, is attractive because of its outrageous resort to cross and triple-cross that keeps you firmly on the edge of your seat. But an emotionally true or socially incisive moment can't be found in its entire five seasons, despite endless high melodrama and political intrigue.
But with Mission: Impossible III and now Star Trek, Abrams has delivered somewhat different experiences. These are big-budget Hollywood actioners with surprisingly emotive centres. The Tom Cruise film is probably the more interesting, effortlessly propelling you through heart-stopping action setpieces without losing the centrality of agent Ethan Hunt's pain at the hands of a deliciously wicked villain played by Philip Seymour Hoffman.
But Star Trek, a reboot of the original 1960s storyline, has plenty of delights also. Using a complex time travel ruse involving a rogue Romulan spacecraft and its unstable, vengeful commander (Eric Bana in fine form), Abrams delivers by subtly reformulating the lives of our familiar crew and throwing in some big shocks as well. With a young cast drawn largely from television, he adds new wrinkles to the pompous Kirk (now lacking focus because he lacks a father), the narcissistic Spock (busily constructing his grandiose, omnipotent self until the chinks appear in the armour), the grouchy McCoy (here even more cynical) and the ambitious Uhura (given a sensibly important role in this more modern treatment).
There's plenty to like here for a fan like me, with sly references to obscure plotlines and a general respect for the canon. Yet it's the emotionality that once again stands out: the key characters are battling inner demons and striving to get from youth to adulthood. Mostly it works well, but there's a drawback. Star Trek has always been a static and cerebral affair, keen to ponder and pontificate before breaking into requisite action. Even in the most affectively-charged episodes (like "City On The Edge Of Forever"), the drama plays out against a backdrop of analytic reason. It's talky science fiction on a foundation of liberal humanism, always political in the wider sense of asking the big questions.
Abrams is not up to that task. Instead he is interested in what makes the characters tick, and he manages to lay it out efficiently despite the size of the ensemble he has to work with. The closest he gets to the abstract philosophising so beloved by Trek fans is with the reappearance of the old Spock (Leonard Nimoy), who delivers a gravitas that the younger members of the cast are still working their way up to.
There are many joys in the new Star Trek, but it also falls short of the best the series had to offer. Abrams is playing with a new palette here, and it will take time to see if he can construct the kinds of powerful statements Gene Roddenberry was capable of delivering at his best.
It's Trek, Jim, but not as we knew it. That may not turn out to be such a bad thing.
4 stars out of 5
Valkyrie
An interesting complement to my efforts to get through Ian Kershaw's brilliant but long biography of Hitler. This tight political action-thriller is undermined through lazy use of a multi-accented cast and superficial historical analysis. It's hard to see what drives Tom Cruise's rebel German officer to hatch a complex elite coup against the Fuhrer. So cut off from the mass of people are the protagonists that one gets little sense of the horrors of the Nazi regime, leaving only well-staged and often tense setpieces without a moral centre or social critique. A disappointment that squanders its potential despite superior technical direction from Bryan Singer.
2.5 stars out of 5
Revolutionary Road
Sam Mendes adapts Richard Yates' examination of the broken dreams of a 1950s aspirational middle-class couple, played in a "look at me, I'm acting" style by Kate Winslet and Leonardo DiCaprio. The mannered performances are intended to contrast the superficial success and inner turmoil of the couple, an implicit critique of the American Dream in an age of prosperity and stability. But the theatricality also serves to undercut the potential for their plight (and the wretched social emptiness that both created and threatens to destroy their lives) becoming something more universally felt and understood. These people are too alien to relate to, and so we can imagine this is a tale of another world (not ours). Contrast the film with television's brilliant Mad Men and you can see that Mendes ends up submerging his critique of the US in period quirks, whereas the series is more uncomfortable to watch because it makes us realise we are living in a world not so different from the one portrayed.
3 stars out of 5
Posted by Dr_Tad at 9:33 PM No comments: