Oops, no posts in a couple of weeks, because I've been too busy going out (as well as getting hooked on True Blood, the brilliant new US cable series created by Alan Ball). Among the acts I've seen have been David Byrne at the Opera House (review up soon), Joris Voorn, Pete Herbert (of LSB and Reverso 68 fame), the ever-brilliant Ewan Pearson and deep house DJ Manuel Tur.
While you're waiting, here's a review of Joris, whose new Balance CD is now out. As you will see, I was pretty disappointed, but it was nice to meet up with (Dave & Joanne), bump into (Ange, Dave C, the newly bearded Matt, Wowky) and meet (James) fellow music enthusiasts. Thanks also to Dave for help with the 'spotting. And it's great seeing Scott putting his money where his mouth is with a night dedicated to serious tech-house. 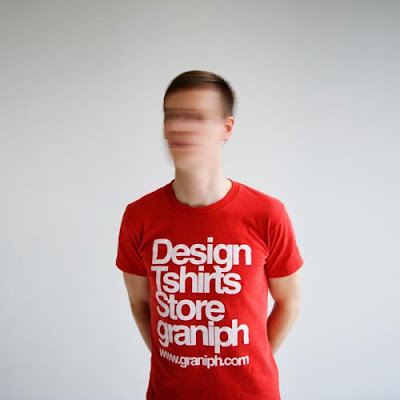 Joris Voorn @ Kink, Nevermind, 7.2.09
Dutch producer/DJ Joris Voorn is something of a tech house hero. Weaving together the warm, melodic vibe of classic Detroit techno with modern production techniques and more than a hint of trance (in a positive sense), his productions and DJ sets have charted an accessible yet also intelligent direction for the genre.
At last year’s memorable Bread & Butter boat cruise, he slammed through three hours of house and techno sounds, skittling between sub-genres and styles while at the same time producing a set that worked as much more than the sum of its parts. And his new Balance CD, a complex arrangement of some 100 tracks over 2 discs, is by all accounts a minor masterpiece. So there was never any question I was going to front up to his return performance at the revamped Kink, especially the promise of his new Traktor Pro setup which allows him to layer up to four tracks at once, approximating the cut and paste approach of the CD in a live setting.
But a quick word about the Kink franchise to start: from its initial runaway success as an mainroom house night, it has evolved in a techier and somewhat more credible direction, also shifting from its original home at the Arthouse. It’s testimony to the promoters’ enthusiasm for the new direction that they have fitted wehat was once Byblos/Tantra with a modern yet distinctly urban style, complete with giant TV screen behind the decks and street-arty paintings oddly reminiscent of Keith Haring’s wall art at the Paradise Garage. They have stuck to their tech house guns, pulling an impressive array of international and local DJs since opening late last year. It’s a fantastic space (my only gripe the intentional lack of mirror balls, but you can’t have it all!) with a well-tuned Funktion One system.
When I arrived soon after midnight, resident Ben Morris was delivering a restrained set, thankfully avoiding the Sydney disease of overly pumping warmups. His style married stripped back tribal beats with forays into proggier territory, such as Gregor Tresher’s "Break New Soil", although I think his set lacked direction in spite of solid track choices.
When Voorn hit the stage, his laptop connected to two controllers (one touchscreen and one Allan & Heath) and mixer, my expectations were high. But there are always risks in using new technology, and in my opinion the following three hours lacked the inspiration of his performance last year. Weirdly, despite no longer needing to beat match, he held tracks almost intro to outro rather than the rapidfire assault he’d previously delivered on CDJs. Instead he chose to add subtle layers and effects that may have improved the music from moment to moment, but also seemed to distract him from constructing the set as a whole.
Starting in deep house territory with tracks like Kreon’s "Jauce", he soon began to jerk between classic house styles and techier shizzle, before moving closer to his trademark melodic techno sound and straight up bangers in the latter part of the three hours. It would be hard to criticise many of the track choices: Tigerskin’s "Peter’s Secret Weapon", Dosum’s "Beach Kisses (Rework)" and Sebbo’s "Watamu Beach", as well as classics like the District One remix of his own "Let’s Go Juno" and Plastikman’s "Spastik", and a smattering of his own remixes and productions (his mix of "Dark Flower" garnering one of the biggest reactions of the night).
But these were all interspersed with a large number of quite featureless (and forgettable) tools, and there was a jarring lack of flow that made finding a groove in which to dance difficult. Voorn himself was clearly into it, bouncing madly around the booth, but I felt distanced from what he was doing, almost as if the needs of the dancefloor were now secondary to his sophisticated command of the musical elements.
Don’t get me wrong: this was quality music played by a very good DJ. But I suspect the new technology was responsible for inhibiting what made Voorn so special behind the CDJs: energetic, and driven by the groove. And an approach that sounds great on a mix CD at home doesn’t always translate into the club setting. That’s not to say that he can’t move forward with the new setup – he is nothing if not a successful innovator. But on Saturday I left disappointed that he hadn’t scaled the heights I’d seen him climb before.
Posted by Dr_Tad at 6:57 PM 3 comments:

Oppressed by the figures of beauty 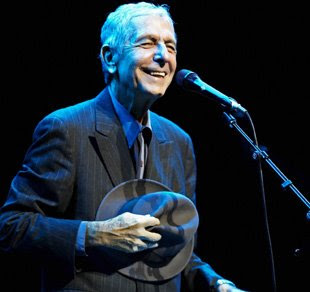 The problem I've had with Leonard Cohen is that his songs were always been part of the background buzz of my life but never made it front and centre. My fault, really, for not exploring this Canadian poet-musician's oeuvre, which now spans more than four decades of recordings. So it was with more than a little naiveté about what to expect that I accompanied Liz to the Sydney Entertainment Centre on Thursday night.
What became apparent from the opening songs was that this was a "contractual obligations" show of the best kind. Cohen's financial problems may have driven him to tour for the first time in 15 years, but he and his coterie brought artistry, intelligence and emotional depth to almost three hours of a seemingly bottomless back catalogue.
His voice now a trademark growling baritone, his 75 year old frame betraying both frailty and the lightest of steps, and his selection of overachieving back-up singers and musicians each getting their own chance to shine, Cohen's performance transcended any of the diverse phases his career had passed through. The 60s folk was suffused with delicate Latin flavours, the 80s synth-pop modernised with an appropriately live disco feel and his more recent work in tandem with female singers brought to life with polite yet powerful duets.
That's not to say it all worked all of the time. The dark impact of "Everybody Knows", for example, was undermined by its transformation into an altogether too chirpy midtempo Latino-inflected country chugger. And the first half of the show had too many moments where retro musical choices were reminiscent of the cheesiest of 70s and 80s pop--in contrast to the thoughtful, impassioned and articulate vocal delivery.
The set list and arrangements, while meticulously constructed with musical director Roscoe Beck, had enough room to provide moments of surprise and spontaneity. Early on Cohen allowed his voice and hunched form to be dominated by proscenium and band, but he slowly emerged to project himself and steal attention from the mise-en-scene. And then, with grace and feeling he handed it back to them. It was fantastic to see Sharon Robinson, one of his key songwriting collaborators from the 80s on, sharing the stage and even belting out "Boogie Street" on her own. And flamenco guitarist Javier Mas delivered a series of spellbinding solos, as well as bouncing off Cohen's narrative journeys, the best of a terrific ensemble.

If any one song encapsulates the best of the night it would be the gospel-flavoured (Hammond included!) rendition of "Hallelujah". At first seemingly light in tone, the intensity of Cohen's voice rose with each chorus to the song's crescendo and a deserved mid-set standing ovation. Famously covered by a man many decades younger (though now gone) the song was teased by its owner rather than throttled, yet for an effect just as lyrical and enthralling.

Dance Me To The End Of Love
The Future
There Ain't No Cure
Bird On The Wire
Everybody Knows
In My Secret Life
(Spanish guitar solo)
Who By Fire
Chelsea Hotel #2
Hey, That's No Way To Say Goodbye
Sisters Of Mercy
Anthem

Famous Blue Raincoat
If It Be Your Will
Closing Time