Lost my dog (and my sleep) in Barcelona

OR: THE SONAR DIARIES, PART ONE 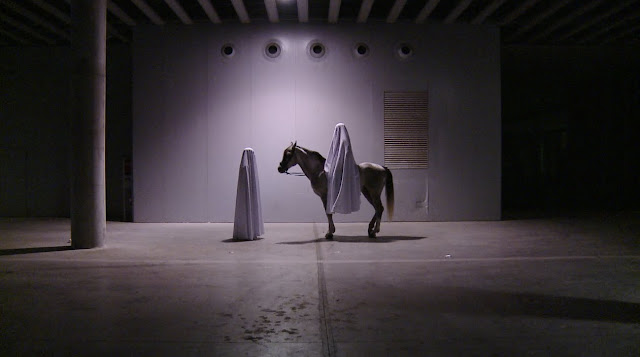 Here I am, baby... but only just in one piece. That jetlag is a killer!

I arrived in Barcelona (which has a very new, very big and very sexy airport) on Thursday afternoon local time in a very underslept state after over 24 hours in transit and went straight to get my SonarPro media accreditation for this here blog. With suitcase in tow, I negotiated some side streets between the Aerobus stop and the place the take your photo and give you your pass, this year in an old convent building that has been subsumed by the cultural centre, the CCCB, where Sonar By Day is held. Only got lost once on the way!

Whilst waiting in an irritatingly long queue I was shouted to a hawked beer by the crew of UK deep house label Lost My Dog and got into conversation about the state of the UK scene with label honcho and DJ, Pete Dafeet. Further to my controversial post on the oversaturation of festivals in Australia, Pete indicated that the once-bloated club scene in the UK (and especially London) was fast mutating into a more fragmented space with much more modest and underground-oriented nights pulling punters. Most shocking of the big club failures was London's Matter, which had essentially collapsed, taking the owners of still-successful superclub Fabric with it (they had apparently put Fabric up as the guarantee against which Matter was financed). So Fabric, still pulling in the masses, is up for sale. Erk!

Pete has an interesting off-Sonar party on Sunday, with US house legend Joshua Iz at the top of the roster. It seems that Lost My Dog is referencing the classic deep house stylee that first got me hooked on dance music just over a decade ago. I will try to review some of their output here in the near future.

Then it was a 30 minute sojourn inside Sonar By Day and catching a sneak of Pete Tong in the main outdoor area. The BBC Radio One institution was playing a more indie/underground selection among older favourites (I think the Henrik Schwarz version of MJ's "Wanna Be Startin Somethin" was there!), but he still seemed an odd inclusion in the normally overly cool selection.

But then it was off to stay at my long-time Barcelona friend Gemma's place, meeting her flatmate, taking a much-needed 20 minute powe rnap and going for a cool 4 euro Mojito & tapa deal at a local bar with her and our mutual friend Luke—let me say the Patatas Bravas was superb, and who could argue at prices like that?

Then off to Gracia for dinner at a very traditional local Catalan restaurant, where perhaps the meat was too much (Luke ordered a 500g steak after our entree... and I had an amazing smaller steak with foie gras sauce, which I know is un-PC but was spectacular).

Finally, it was time to dash across town to meet Dave and Andy and head off to my first off-Sonar event at the newly constructed and much-hyped Ghoa Beach Club. Stay tuned for the skinny on that...
Posted by Dr_Tad at 6:18 PM